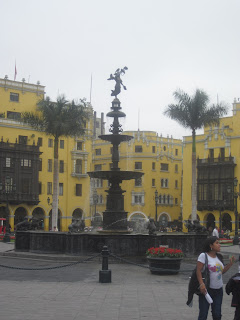 I bring to you the complete Musical as released by Universal Picture: a jewel rarely been shared!  The information which I submit has been taken from WIKIPEDIA.
This Musical, was based on the superb literary contribution of Victor Hugo, Les Miserables, based on The June Rebellion, or the Paris Uprising of 1832 (French: Insurrection républicaine à Paris en juin 1832), which was an unsuccessful, anti-monarchist insurrection of Parisian Republicans—led by student societies—from June 5 to June 6, 1832. The rebellion originated in an attempt of the Republicans to reverse the establishment in 1830 of the July Monarchy of Louis-Philippe, shortly after the death of the king's powerful supporter, President of the Council, Casimir Pierre Périer, on May 16, 1832. The rebellion was the last outbreak of violence linked with the July Revolution. This historical novel has been popularized through numerous adaptations for the stage, television, and film, including a musical which has been aired in Broadway, and a 2012 film version of that musical.
I am including, as well, a clip from the wonderful 2012 film Les Miserables, which captures the essence of Victor Hugo's intentions when he wrote his famous 1892 novel: Toward the end of the novel, Hugo explains the work's overarching structure: The book which the reader has before him at this moment is, from one end to the other, in its entirety and details ... a progress from evil to good, from injustice to justice, from falsehood to truth, from night to day, from appetite to conscience, from corruption to life; from bestiality to duty, from hell to heaven, from nothingness to God. The starting point: matter, destination: the soul. The hydra at the beginning, the angel at the end. The novel contains many subplots, but the main thread is the story of ex-convict Jean Valjean, who becomes a force for good in the world but cannot escape his dark past.


Valjean's character is loosely based on the life of Eugène François Vidocq an ex-convict who became a successful businessman widely noted for his social engagement and philanthropy. Vidocq helped Hugo with his research for Claude Gueux and Le Dernier jour d'un condamné (The Last Day of a Condemned Man). In 1828, Vidocq, already pardoned, saved one of the workers in his paper factory by lifting a heavy cart on his shoulders as Valjean does. Hugo's description of Valjean rescuing a sailor on the Orion drew almost word for word on a friend's letter describing such an incident. Hugo used Bienvenu de Miollis (1753–1843), the Bishop of Digne during the time in which Valjean encounters Myriel, as the model for Myriel.
In 1841, Hugo saved a prostitute from arrest for assault. He used a short part of his dialogue with the police when recounting Valjean's rescue of Fantine in the novel. On 22 February 1846, when he had begun work on the novel, Hugo witnessed the arrest of a bread thief while a Duchess and her child watched the scene pitilessly from their coach. During the 1832 revolt, Hugo walked the streets of Paris, saw the barricades blocking his way at points, and had to take shelter from gunfire. He participated more directly in the 1848 Paris insurrection, helping to smash barricades and suppress both the popular revolt and its monarchist allies.
For a wonderful description of this literary contribution, go to the Wikipedia article: Les Miserables
This is the movie clip: