Autor: Fotógrafo Devin Graham: so that you know who he is and what he does:


Ibogaine is a substance that is derived from the root of an African plant that grows in Gabon. This plant is originally used during initiations of the Bwiti culture, but in the sixties the anti-addictive properties of this psychoactive substance were discovered by Howard Lotsof.
Ibogaine is surrounded by controversy. The decisions about the use of Ibogaine in the treatment of addiction appear to be made on political and economical, rather than rational basis.
Despite the results that show the efficacy of Ibogaine, the pharmaceutical companies and the government show no interest and stay skeptical. Ibogaine has provided us with more insight in the mechanisms of addiction and the question if it needs to be used for treating this huge western problem gets more and more acknowledgment.
Cy (34) has been using a mixture of heroine and amphetamine for about 11 years, but his three children and his ambitions are more valuable to him. Kicking his addiction is a tough job for him. It reveals all his suppressed emotions.
Moussavou (22) lives in the village Mitoné in Gabon. For her the traditional African initiation is part of healing process. She suffered from an illness for more than a year and she hopes that eating the holy plant will be the starting point of a new phase in her life.
This 50 minute documentary shows the different aspects of this special substance by means of personal experiences and explanations of ex-addicts, treatment providers and experts.

David Graham Scott is a controversial Glasgow-based documentary filmmaker and inspirational public speaker on addiction issues. His highly authored films are unique visions of the world he inhabits and the offbeat characters he encounters. 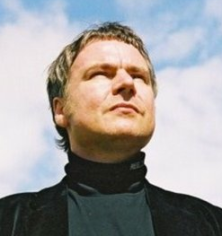 He has experience in directing, pitching new ideas, researching and DV camera operation. He is also a trained film archivist and a university graduate in Film Theory/Art History.
David has worked on hard-hitting projects including WireBurners, Detox or Die and The Dirty Digger. His films have aired across the BBC at both local (BBC Scotland) and national (network) level.
Here you can find links to David’s professional work and ways to connect with him.
Detox or Die provides an in-depth portrait of a small-time drug addict seeking redemption. Addicted to opiates for almost 20 years, film-maker David Graham Scott decides to opt for a quick fix. The radical detox agent ibogaine puts the user into a gut-wrenching hallucinatory state for 36 hours, from which he emerges cleansed of his addiction. But several fatalities have been reported in connection with the unlicensed drug, and Scott must weigh up the options before embarking on the trip of a lifetime.
Publicadas por Lucy Newton a la/s 18:00 No hay comentarios.: