AN ALMOST LOST TRADITION: THE MAKING OF ESPADRILLES

Etiquetas: Art: The Making of Espadrilles

Alexander Desplat is a French film composer and soundtrack writer. He is responsible for the soundtrack of films like the Danish Girl, The Grand Budapest Hotel
(for which he won the Academy award in 2013) Unbroken, etc.
The beautiful music of Alexandre Desplat is now choreographed to interpret a man that sees the little boy in himself and seems that he has forgotten his inner self. He explains himself by watching himself in the mirror, now recognizing or remembering who he was and who he is,,  This is a breathtaking presentation brought together by the renowned dancer Robert and the child dancer JT in a choreograph prepared by renowned choreographer Travis

This is his original soundtrack: 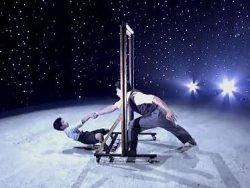 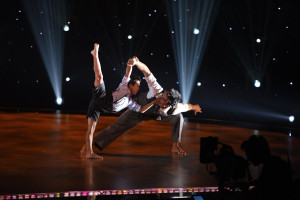 To see J.T. & Robert's Contemporary, click here:
http://www.mjsbigblog.com/jt-and-robert-contemporary-sytycd-2016-top-8-video/
They reflect ourselves and of our environs, but are often illusory. Artists have always been fascinated by what's lies behind the mirror, and whether the prism is true or distortion, reality or a parallel universe. In simple terms,Travis  explains the meaning of the dance to J. T. It's about an adult who has lost the meaning in his  life (Robert) and tries to connect to his younger self (J.T.) who magically appears behind the mirror. "Your job is to wake him (Robert) up, to make the right choices again.". Both Travis and Robert treat J. T. like an adult, not patronizingly. They want him to understand what he is supposed to express. Amazing how much J.T. understands, as you can see in his body and facial expressions during the dance. There's a child and an adult inside the little guy-so instead of reflection J. T. says perfection as he explains the dance to us. That's the child. Travis also adopts a no-nonsense approach with J. T. about keeping his feet pointed always, and doing perfect transitions. And J. T. does it, Like an adult! But then that's how Robert has gotten so much out of J. T., showing the same respect he'd show an adult dancer.-companion. Like Paula says, their connection, born of love and respect is awesome to behold.
How is it that J.T. hexes everyone around him? You can see in the rehearsals that Travis is as charmed by J. T. as Robert is. J. T. screams Travis Mantra: "Point my feet" and Travis shouts "There you go!"with loving affection. Did you see Travis' face when J. T. did a sophisticated physical parody of what Travis was like upon meeting him? Must see, clip above.  Never seen Travis so delighted with anyone! BTW, that dialogue between Cat Deeley and J. T. was delicious. Much better intro than the silly presidential prop many of the children were asked to do. Every second of J. T.'s animated interchange with Cat was like an Emmy-winning  sitcom moment. J. T. should consider a career in comedy, besides dancing! Like Travis, I was laughing my heart out-FOR J. T.!
This dance was stunning, blending music, meaning, form and substance. There was the element of wonder as the boy mirrored the man, doing every moment in sync, in identical pro and  perfectly polished dance movements. It was a bit like French pantomime. But then the mood gets darker and in a beautiful violent move, , the man grabs the boy and jerks him outside. They allternate lyrical and aggresssive moves, formations, extensions. It was a very exciting danced duel. I fully expected  flawless dance splendor from Robert Roldan, but not an equally matched performance by young J. T. Every motion, every beautiful action and reaction was a moving feast. We felt we were in the presence of great art in the making. The Judges stood up excitedly applauding. Nigel praised Travis as a genius and the dance as Emmy material. Robert put his hand on his chest , J. T. was euphoric, as praise was bestowed upon them for inspiringly delivering Travis message. ME? This are the moments I live for when watching this wonderful show!   Grade: A+

The Cahuachi Pyramids & The Nazca Lines