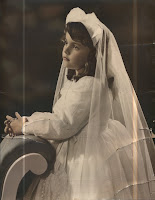 A sneak peek at Have a Little Faith

A sneak peek at Have a Little Faith
Publicadas por Lucy Newton a la/s 20:25 1 comentario:

From "The Shack" by Wm. Paul Young

I couldn't resist the temptation of copying these important reflections:


"By judging superficially, you support your need to exalt yourself, feel safe, or belong"
Publicadas por Lucy Newton a la/s 05:10 No hay comentarios.:


Please press over the title to go to the link:

This is a story written by my son Eric when he was 9 years old, as an assignment given to him by his English teacher, in which she asked them to write a "reverse story" of Little Red Riding Hood, where the evil character, the wolf, is good, and Red Riding Hood is a menace.

Do you know what really makes me mad? When people say that I am the bad guy and tried to eat the liar Little Red Riding Hood. She told everybody that I tried to eat her, and I know whom she gets her genes from: her grandma!
She said that I locked her up in a closet and then dressed as her, to trick her granddaughter. Well, now let me tell you the real story.
I was walking in the woods, and suddenly, I smelled freshly baked cookies. I was very hungry because I hadn’t eaten any thing all day. I am a vegetarian, you know. So I then followed the smell to the cookies. I got closer and closer, and then I saw her: the cutest little human girl I had ever seen (well, that’s what I thought at first). So, I then went to talk to her. I saw that she had a basket, and I smelled the odor of the cookies coming from there. I said hello to her. And rudely and nastily, she said: “Get out of my way, you stupid wolf”. I was so surprised that this little girl could be this mean. I told her that I wasn’t a bad wolf, and she didn’t have to be mean with me. But again, she was really rude to me and than picked me up and gave me the jackknife power bomb. I lay there, knocked out for an hour or two, and when I woke up, she was gone. I decided not to give up on her. Maybe she got the wrong impression of me. That was what I was thinking. THEN! I went to look for her again. I smelled her out on the trail through the woods, and then I saw her again. She was walking down the trail and she was kicking the squirrels, throwing rocks at the deer, and spitting at the raccoons. He was truly a terror. I then went running down to her to stop her. Then she said: “Oh, so you want me to stop, huh? Well, ok, I’ll stop…right after I sneak you! Then she gave me a big right hook at my eye, and I fell unconscious again.
I woke up three hours later. I had enough. I had to do something about it! I…I…I was going to tell her grandma. I had heard her talking t herself before, about delivering the cookies to the grandma who lived in the woods. She said she was going to give her a wedgies or something. I than went to look for her grandma’s house.
I looked and looked, and after forty five minutes, I finally found a little red shack with a sign that said: “Grandma’s House”. I knocked on the door, and the door suddenly opened. There seemed to be no one in the house, so I went inside to look for her. Then, suddenly, and old hag dressed in a wrestling suit jumped out and hit me. She then looked at me, and said: “Oh, I thought you were Riding Hood”. I said: “Well, I am not! As a matter of fact, I came here to talk about her. She was really mean to me and the…” “Yeah, Yeah, shut up!” she told me. Then she told me to dress up as her to trick Red Riding Hood, so she could get her from behind. And she said that if I didn’t, she would beat the heck out of me. So of course, I had to say yes. I then realized that this family was real rough.
She gave me the robe and glasses and hair net, and told me to get the door when Riding Hood came; she would be hiding in the closet.
Five minutes later, Riding Hood knocked on the door, and I told her to come in. She came over to see me and said: “Oh grandma…what big…eyes…you have!” I then said: “Oh the better to see you with, honey!”
Then, she jumped up, pulled off her coat, and was dressed in wrestling clothes. She said: “Forget this part! We do it every time and it’s BORING!” She then grabbed me, gave me a wedgies, and threw me across the room.
Suddenly, her grandma popped out and yelled: “TRICKED YOU!” Riding Hood was very surprised, but then got back in focus and wrestled her grandma. There were punches swinging this way, punches swinging that way, kicking and slamming, and the house was shaking all over.
After an hour, the fight ended and Riding Hood and her Grandma were lying on the floor knocked out and bloody. I was sitting on the bed looking at them, when suddenly a big man with an ax came into the house and looked at me, and then looked at Riding Hood and Grandma. He woke them up and asked what had happened.
Now, this is what got me where I am now. They said: “Oh! I was the wolf. He tried to kill us!” Then, the hunter swung his ax around and hit me upside the head with the side of the ax. And when I woke up, I was in a jail cell.
Well, that’s my side of the story, and it’s true. Now you know how much of a….Ok! Ok! I’m going! Let me go! That’s the execution guy. He’s strapping me into the electric chair. Oh! Didn’t I tell you? I am getting the death penalty. I hate Red Riding Hood! Just tell my family that I am very, very….ZZAH! ZZAH! ZZAH! ZZAH! ZZAH!


Call it finesse and wonderful hospitality…these are the great attributes displayed by the HSBC personnel at the extraordinary three days Jazz Festival (running March 25 and 27, and May 12) which they have organized in the Nokia Theatre and the BB King Blues Club in Manhattan.
As a Premier Preferred Client, we were ushered by our Relationship Manager, Janett Arce, who invited us to the incomparable event and very graciously introduced us to her HSBC family; amongst them, the Vice-President of Premier Market of HSBC Bank USA, Mr. John Wong: a lively and extremely polite gentleman.
From the moment we were greeted at the entrance and escorted to the VIP lunge, the evening was full of surprises: scrumptious hors de oeuvres, a very well provided bar station in which the most popular drink was the “HSBCini”(martini named after the bank), and an array of sweet treats for the Intermezzo. Personalities like businesswoman and Trump heiress, Ivanka Trump, her husband, and other top executives were among the guests.
The thrill of the night was having the opportunity to meet the musicians who were performing on this first night of the festival: The Spyro Gyra band and Jonathan Butler and his band. An honor like this is rare and greatly appreciated.
One cannot converse with a musician if one has not seen him in action and felt his “vibes”. You just don’t have to “see” the vibes, but you have to feel them!
Spyro Gyra, a band that surfaced originally in Buffalo, New York, in 1976, caused an enormous impact among the audience knowledgeable in jazz; a genre heavily influenced by R&B, funk rock and pop music styles. What the cartels call “smooth jaz”, goes far beyond its title, to deliver music which is powerful, emotional and passionate. The instruments talk through their interpreters.
Jay Beckenstein’s (the founder of the band) saxophone melodies, give one the “goose bumps” as he delivers his solos. Scott Ambush fuses with his bass cords in such a way, that you cannot distinguish between his almost inaudible intonation and the sound of the instrument. Tom Schuman, this child prodigy turned into a giant master of the keyboard, blends incredibly with his instrument. Julio Fernandez’s guitar cords provoke an explosion of passion. His concentration and his facial expression deliver to the audience his intense communion with his music and the clamor of his spirit. Bonny B, on the drums, is a great composer and writer, like the rest of the members of the band, delivered a tremendous performance; as powerful as that of the others…It was so powerful, that for his final act, he threw his drumsticks to the audience and gave me a temporary horn. But it was alright because I got the signed stick and a backstage visit with him .
For Scott their music signifies freedom from the street cliques of classical music. Through their instruments they converse with each other and express their spirits; they feel it very deep inside. For Tom, their interpretations are always different, because they respond to the audience’s emotions and demands. They take a simple tune and turn it into something more harmonically and rhythmically complex.
Their music very well represents the evolution of this genre, which originated in the early 1900’s in New York, New Orleans, Saint Louis, Kansas City and Chicago; in those poor joints where the rigid divisions of races, regions and national boundaries were broken, and gave way to freedom, creativity and finally, an American identity at home and abroad. Spyro Gyra condenses the epitome of this jazz sensitivity.
Up to this day, they have been nominated for 14 Grammys and sold more than 11 million records, and they have an average of 80 performances per year.
By the way, for those interested in the origin of the band name, it was named after spirogyra, a green algae about which Beckenstein had written a college biology paper, years before. When urged for a band name, by the owner of a Buffalo Club for which he was working, Jay remembered the paper, and said: spirogyra. The guy misspelled it Spyro Gyra, and so it stayed!
The second part of the show was interpreted by the superb Jonathan Butler and his band. This incredible songwriter, guitarist and singer, captivated the audience with his well known compositions.
Originally from the poor and ravaged areas of Cape Town, Africa, Butler started singing publicly when he was seven years old, in South African towns, and participates in traveling variety shows, which ultimately lead to his discovery by Olive Caulder from Jive Records. And so, he signed with them. His first single became the first song by a black artist, to be played by white radio stations in South Africa.
As part of his compromise, he moved to England, and in time, got Grammy nominations for some of his songs.
Butler is a master in front of the audience. Through his songs he recalls his roots and his vocation as a gospel pastor. The music flows through him and his emotions grow wild and passionate. His intense spiritual life is bestowed upon the audience; and soon one is part of his joyful rendering of God, of mankind and of the universe which encloses us.
Butler cries and makes the audience cry; he involves his band and the spectators into a “soul fusion”.
What a night of surprises! Thank you HSBC for this opportunity and for the wonderful gifts of the signed CD’s of the protagonists of this self –expressive music.