Peru Comes to You

I almost cried when I saw this video published by Living in Perú, a wonderful english magazine in Perú  ( I guess it is written in this language to promote our culture to english speaking people and countries). Six years ago I also decided to promote my country's culture through my articles in various newspapers and throwing many peruvian parties for my "gringo"friends so that they can have a taste of heaven in the US...our wonderful peruvian cuisine. That's why this peruvian initiative just brought me to tears...I can't express how much it means to us peruvians, that people from the world admire and want to come and visit our prosperous country...hope it continues like that after June 5th (a little bit of political talk doesn't hurt anybody!).  Please watch and resend this video... you have our peruvian permission.  Come, come to Perú and you will never cease to admire our heritage and the richness of our geographical regions, our wonderful cuisine; and overall, our welcoming people. 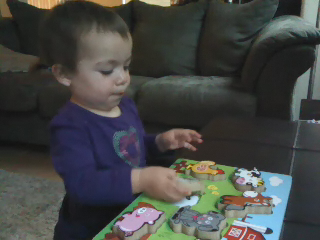 The Death of Bin Laden

Visit msnbc.com for breaking news, world news, and news about the economy
Today, May 1st, at 11p.m. Eastern Time, President Obama delivered an announcement that Osama Bin Laden, the most wanted man in the world, had been killed by the US special forces, in a suburban compound in Abbotabad,  Pakistan, 30 miles away from Islamabad.
Full text from President Obama's speech on Sunday night, provided by the White House Office of the Press Secretary:

"Earlier this evening, President Obama called to inform me that American forces killed Osama bin Laden, the leader of the al Qaeda network that attacked America on September 11, 2001. I congratulated him and the men and women of our military and intelligence communities who devoted their lives to this mission. They have our everlasting gratitude. This momentous achievement marks a victory for America, for people who seek peace around the world, and for all those who lost loved ones on September 11, 2001. The fight against terror goes on, but tonight America has sent an unmistakable message: No matter how long it takes, justice will be done".

"This is a profoundly important moment not just for the families of those who lost their lives on 9/11 and in al-Qaida's other attacks but for people all over the world who want to build a common future of peace, freedom, and cooperation for our children.
I congratulate the President, the National Security team and the members of our armed forces on bringing Osama bin Laden to justice after more than a decade of murderous al-Qaida attacks."

Rep. Peter King (R-NY), Chairman of the Committee on Homeland Security, issued the following statement on the killing of Osama bin Laden: “I commend President Obama on the announcement of the killing of Osama bin Laden. “Today, the American people have seen justice. The leader of the United States’ top enemy has gotten what he deserves for orchestrating the deaths of nearly 3,000 innocent Americans on September 11, 2001. “In 2001, President Bush said ‘we will not tire, we will not falter, and we will not fail.’ President Bush deserves great credit for putting action behind those words. President Obama deserves equal credit for his resolve in this long war against al-Qaeda.
“This great success would not have been possible without the tireless work of countless brave men and women who have served around the world in this War on Terror.”